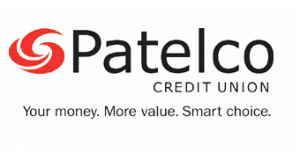 For a rate as colossal such as this, we would probably end up asking, what’s the catch? Well, the rate is only available for new members, which is why it is called the New Member CD. This CD only comes with a 12 month term, with a $1,000 minimum opening balance and a maximum of also $1,000. This low ceiling rate for their CD can limit investors to putting only just as much money.

Other things to notice is that the credit union’s regular CD rates are below average as compared to the leading CD rates from other financial institutions. Their regular 12 year CD is only at 0.25%, while their 60 month CD is at 1.61% APY. Better rates can be found from other banks or credit unions.

Credit unions are notorious for their exclusive membership, serving only those who work in the same company, or live in the same area. Their community includes California counties and California cities, and also if you are an employee or pensioner of one of the 1100 companies served by Patelco Credit Union. However, those who do not meet this eligibility criteria may still become a member of Patelco CU by joining the Community Association for Engaging Youth or CAFE-Y.

The credit union was formed in 1936 as a means to serve the employees of their company, Pacific Telephone and Telegraph Company. Before their initial assets had a total of a mere $500, but now, with over 290,000 members, the credit union has grown to have over $3.7 billion in assets.

Despite a few disadvantages such as the limit on the amount invested, and the relatively low regular CD rates, it can’t be denied that the rate of the New Member CD still tops every other rate by a far stretch. For those who just have the right amount of cash to invest, and who aren’t a member of Patelco CU yet, now may be the perfect time to catch the biggest earnings on your $1,000 for a 1 year CD.