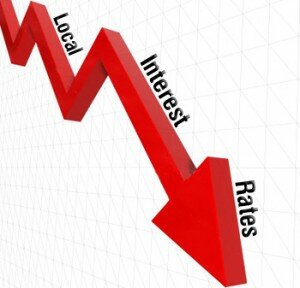 CD rates in 2011 have all been but annoying for those looking for a safe haven to invest their money. Since CDs are FDIC insured, they are a safe place invest your money, but with such low interest rates, many have wondered if its really worth placing their money in a locked up investment. More frustration comes with little glimmers of hope as interest rates bounce around their all time lows. Some financial institutions offer an increase in interest, but soon after cut their rates back down to record low levels. Even credit unions, who only open their doors to specific crowds, tend to have the best interest rates, but they make it nearly impossible for the average saver to cash in on their rates.

As of September 9th 2011 the national average for the 6 month CDs and 12 month CDs have dropped to 0.52% APY and 0.84% APY, that’s down from 0.56% APY and 0.90% APY in April 2011. These are rates from the top nationally available FDIC insured financial institutions. Some online banks, local banks and credit unions offer much better rates, but their averages have continued to fall throughout 2011. These CD rates are having a hard time keeping up with inflation rates. Inflation is averaging 2.90% for the first seven months of 2011, already higher than the 1.64% average inflation rate for all of 2010. (Inflation rate data)

The Federal Reserve Chairman Ben Bernanke stated that interest rates would stay at their record low levels until at least mid-2013, giving almost no hope for an increase in what savers might earn off their money. Even though this is good news for people who can buy houses and cars, this is bad news for investors and savers alike.

If you are looking for the best CD rates of 2011, your best bet would be to look at smaller financial institutions, online banks or credit unions. Don’t bother with going to your local Bank of America branch, Wells Fargo or Chase Bank as these banks offer some of the lowest interest rates on the market. There are exceptions to big financial institutions offering higher CD rates, such as Discover Bank which has a 1.15% APY on their 12 Month CD.

Smaller financial institutions have a lower overhead cost than the traditional large bank. Online banks also have very low overhead costs and therefore can pay a higher interest rate or be more competitive than a large bank such as Bank of America. Credit Unions have offered some of the highest CD rates we have seen in 2011. These financial institutions are usually not-for-profit and owned by its members. Most also only allow a specific group of people to join, while other credit unions such as Melrose will accept anyone. Credit Unions also have strict requirements to become a member and to stay a member. This all allows them to have more control over who they do business with and also allows them to pay a higher interest rate to its members and savers

Interest rates can change at a moments notice and while some banks and credit unions offer the best CD rates one day, those rates might have been a promotional rate that has recently expired. Since rates have been bouncing around throughout 2011, be sure to refer to our CD rates page for the most up to date rates.

Back in April 2011 the best 60 month CD rate was from PEF Federal Credit Union in Ohio at a rate of 3.29% APY. As you can see rates are still dropping from earlier in the year.

The financial institutions listed here are available to anyone nationally either by opening an account over the phone or through their website.

Be sure to visit our CD rates page for the most up to date rate information.