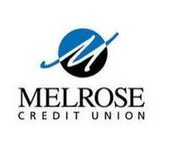 Credit unions, because of the way their system works, can usually offer their depositors higher interest rates and lower mortgage payments. One of the credit unions that consistently gives competitive rates is Melrose Credit Union. During the economic dip last August, Melrose Credit Union provided some of the best rates nationally available for certificates of deposit. Until today, the credit union still offers some aggressive rates.

Melrose offers some of the highest long term CDs. The highest nationally available among banks for a 5 year CD is from iGobanking.com at 2.25% APY. Despite this rate already being high, Melrose still tops it with a 2.68% APY rate. The same also rings true for a 3 year CD, the highest nationally available is still from iGobanking.com at 1.70%, but Melrose gives it at 1.91%. Melrose also offers a higher 2 year CD than the bank’s highest at 1.30% from CIT Bank and Alostar Bank of Commerce.

Despite having its roots in New York, Melrose Credit Union has an open state New York Charter meaning membership is open to anyone. Regardless of where you live or work, anyone can be a member to this credit union.

In order to be member, there is a $1.00 membership fee and a minimum deposit of $25.00. individuals must provide the following requirements: a valid photo id such as Driver’s License, proof of address, and social security number.

Melrose Credit Union has consistently given out great rates, and it doesn’t look like these good rates are going to end soon. And with open membership for all, anyone can avail of the potential earnings that Melrose CDs can offer.