ING Climbs to the Top of Nationwide CD Rate Leaders

The 12 Month Orange CD Option from ING Direct now sits at the top of the best “No Minimum Deposit” CD rates nation wide.

ING is paying a 2.10% APY on the 12 month CD term.  This offer is good for “New Money”, meaning the money cannot already be deposited with ING.

Deposits to ING are FDIC insured.  You can have the interested withdrawn into your checking or savings account monthly.

This new ING offer is much higher then the Nation 12 month average for CD rates, which is at 1.65%, and even beats out INGs long term 5 year CD which is currently at 1.75%

New credit card regulations are about to begin, thank God! So American Express has decided to put themselves out in front of their competition early. Instead of waiting for the mandatory regulations kick in they decided that sooner was better than later to make changes. On Wednesday 9/30/09 American Express announced they would eliminate all monthly fees on its gift cards. Before the announcement, American Express would charge a hefty $2 monthly fee on all gift cards that were not used for more than a year after they were purchased. This has been a touchy subject with many consumers who would complain about the fees for unused cards.

Alpesh Chokshi, president of American Express’s Global Prepaid unit, said “Eliminating the monthly fee was now possible because the gift card business had enough scale to remain profitable without the fees. The company will continue to make money from the purchase charge, which ranges from $2.95 to $6.95, as well as from its share of transaction fees each time the card is swiped.”
Why the $2.95 to $6.95 purchase charge?

What is a CD (Certificate of Deposit) and What are Good CD Rates?

A CD or Certificate of Deposit is a product offered to consumers by financial companies like banks and credit unions.

A CD is similar to a savings account except it is a time deposit.  This means your money will have to sit for a specific term, collecting interest, in the financial institution until it matures.  At the end of the CD term you can withdraw your money plus the interest you accrued during the term of the CD.  CDs are insured by the FDIC(Banks) and the NCUA(Credit Unions) which makes them pretty much risk-free.  Being risk free makes them an extremely secure place for your money to sit and accrue interest, but with the high security comes low yields.

CD Terms usually come in 3 months, 6 months, 1 year, 2 years, 3 years or 5 years.  The Interest rates on CD’s are usually fixed for the duration of the term and increase as the term gets longer.  Meaning the longer the term the better interest you will make on the CD.

Why Choose a CD over a Standard Savings Account?

Financial institutions will pay higher interest on CD rates because your money will remain in the CD for the agreed upon term.  In a typical savings account you can withdraw your money on demand.  When your CD matures you will have accrued much more interest earnings then if your money sat in a standard savings account for the same duration.

Helpful CD Tips: (There are exceptions for everyone of these tips, but these are usually the case.)

What are good CD Rates?

Determining what “Good” CD Rates are is all relative.  If you compare to earlier this decade every CD rate today is bad.  The 12 Month CD nearly hit 6% in the early 2000′s.

It is important to determine what CD Term you desire, then you can review your choices and find the best CD Rates.

Determining the Amount to Deposit into your CD account?

Early withdraw penalties are the check to make sure you do not remove your money from the CD account before the term has ended.  The amount of penalties will differ depending on the size, term and type of CD account you opened.  Financial institutions who offer insured CD accounts are required to disclose the penalty for early withdraw at the time the account is opened. 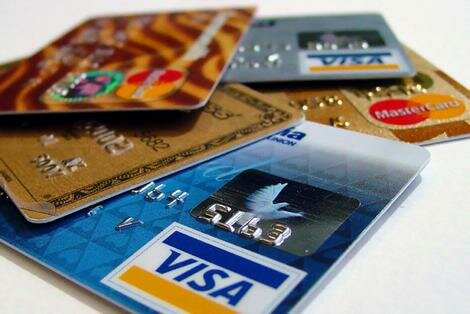 One of the biggest problems while traveling abroad, is how will you pay for things? Carrying cash might be a better option if you are trying to escape the high fees charged for using your credit card overseas, but it’s not as safe as carrying plastic.

Many banks will charge a different fee for transactions in different countries. While carrying cash you tend to get better exchange rates, but if you cannot find a forex exchange you are out of luck. Having a credit card in another country such as Europe would be much more convenient than having cash, as you can use your credit card at any time.

When you use your Visa or MasterCard overseas they will charge you 1% for the conversion fee and most US banks will add their own 2% fee on top of that to make your total fees 3%. When using a debit (ATM) card for cash outside of the USA, most banks will add some kind of withdrawal fee up to $5 and a conversion fee of up to 3%.

Cash exchanges are not always better as the forex you exchange your money over to will charge you fees and other charges. Sometimes you can lose from 5% to 10% depending on the country you visit.

It’s still recommended to use “credit cards” for your big purchases; use debit cards for cash and just forget about using traveler’s checks and exchanging currency. Not only do you save money by using credit cards, but your money will be safer than carrying around a large sum of money.

When using your credit card outside of the USA, the charge will be in the currency of the country you are visiting. When that charge goes through the banking system and reaches your bank they will put their own surcharges onto the already 1% charge by the International network. The bank will add another 2% fee just because they can, just because you needed money outside of your country of residence.

There are still some good banks that do not add surcharges or at least keep the fees low. Here are current charges for some of the large credit card issuers, in order from lowest to highest in fees.

So far no other credit card issuer is as good as Capital One in regards to international credit card fees. USAA comes a close second with charging 1%, while HSBC and Chase offer reduced charges to the small number of ‘elite’ customers, but overall they still end up charging 3%.

Sometimes a foreign merchant will charge you in U.S. dollars rather than in their local currency. Banks overall are inconsistent in how they come up with their charges: Bank of America, Barclaycard/Juniper, Citibank/Diners and USAA are usually the credit cards that charge the same fee regardless of the currency, but American Express, JP Morgan Chase and Wells Fargo do not surcharge dollar billings.

Dollar billings can seem like a good idea, but you must be aware of a possible scam. The merchant can use a very lousy exchange rate with they convert your bills into US dollars, so you could end up paying both the merchant’s private currency markup in addition to a surcharge. Avoid any billing in dollars and just stick to credit cards while traveling.

It used to be that you could withdraw money from an ATM and pay a flat fee for each withdrawal regardless of how much money you take out. However, some large banks have been adding their own conversion surcharge to any foreign ATM withdrawal. Here are the current costs per transaction and exchange surcharges for withdrawing cash from a foreign ATM:

This shows ways to avoid losing more than 1% on foreign ATM withdrawals:

The spread between some of the best and the worst deals on debit card withdrawals is wider than the spread among credit cards. The best deal such as Citi and the Global ATM Alliance, are as good as the best credit cards, but the worst deals you can end up losing more than when you exchange cash or use travelers checks.

Always use a debit card for local currency from an ATM and not a credit card. If you use a credit card to get cash you will be hooked on paying more fees along with cash advanced fees and higher interest rates.

Many debit cards are Visa and MasterCard branded, so you can use them worldwide for shopping or to take cash out of an ATM. When using your ATM card most banks will still charge the same as they do on their credit cards for purchases. HSBC, however adds just 1% on charges rather than the usual 3% that most other banks charge.

The overall recommendations for saving money on credit card and debit card fees while traveling and to minimize your exchange losses:

And overall, use plastic (credit cards and debit cards), but be sure it’s the right plastic, otherwise you will pay for it in extra fees.

Below you will see the best CD rates for the state of Texas.

We have reviewed and sifted through many banks to find the best local rates Dallas Texas has to offer.

While with local CD rates you often get the personal touch of a friendly local banker, you may find the rates to be just under the national average.  You can check out our best cd rates to help you determine whether your local cd rates or national cd rates are better.

We determine the “highest” local rates by factoring in the CD rates with their respective term and comparing them to the national average.

All of the financial institutions mentioned above are insured by the FDIC or the NCUA.

Remember CD rates are time sensitive.  Please check with the financial institution for current rates and more details.  Refer to the date of this article for probable accuracy of cd rates.

BankAim is your source for everything Banking.

We have the best banking information including:

Thanks for stopping by.

If you are located outside the state of Washington then you can check out our national best cd rates.

Typically we see local rates just under the national average for CD rates with their respective terms.  At Washington Federal Savings Bank we noticed on some of their long term CD’s like the 2, 3 and 5 year they are better then the national average.  While their short term CD rates, like the 6 and 12 month, are about even.

So if you live in Washington or Idaho you can take advantage of these amazing local CD Rates.

Remember CD rates are time sensitive.  Please check with the financial institution for current rates and more details.  Refer to the date of this article for probable accuracy of cd rates.

As the nation average for 12 month and 24 month CD(certificate of deposit) Rates sit at 1.70% and 2.05% respectively, residents of South Carolina can take advantage of a much better special offer from Enterprise Bank of SC.

Right now, August 13th, Enterprise Bank is running a promotion on their 15 month and 27 month CD’s.

If you are a resident of SC you can take advantage of these great deals.  Applications for these promotional CDs are only excepted in their branches.

We have compiled a list of the best CD (certificate of deposit) rates available in West Virginia.

Local and National CD rates often differ, and you may find CD rates that are better Nationally then Locally.  Be sure to check out our best cd rates, compare and contrast those with the local CD rates from West Virgina below.

Remember all CD rates are time sensitive.  Please refer to the local bank or financial institution for exact quotes on current CD rates.  You can also refer to the date of this article to determine the potential accuracy.