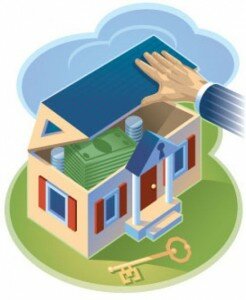 Are you an underwater homeowner? Looks like the MBA has got your back.

The Mortgage Bankers Association currently have their eye on the government’s HARP program to make it more accessible and available for homeowners who are having trouble with their mortgage. Right now they are urging the government to reduce, and to even completely eliminate, the limit on how far an underwater homeowner can qualify for the program.

So what exactly is the HARP program all about that is getting the MBA’s attention? HARP, an acronym for Home Affordable Refinance Program, was developed by the government to help underwater homeowners improve their financial status by availing of lower interest rates on their homes. Lenders are provided incentives to encourage them to allow homeowners to refinance with them, despite the fact that their loan may be more than what their property is worth.

Fannie Mae and Freddie Mac, the lenders that are involved with the program are rumored to be gradually put to the end by the government to reduce their role in mortgage markets. This possibility has pushed the MBA to further seek reforms in the program.

At this time, mortgage rates are also rising by more than three-quarters of a percentage point from their lows in November, making refinancing less of a juicy option for homeowners. With these markets, the MBA continues to push for the lowering of requirements plus the extension of the deadline of the program. HARP is supposed to be expiring come June this year. But hopefully it can be extended until December 31, 2012 to match the deadline of a similar program called HAMP mortgage loan modification.

Among the things the MBA is advocating for, it is also calling for Freddie Mac and Fannie Mae to adopt standardized guidelines in the HARP to things such as borrower and loan type eligibility, employment requirements and property inspections, closing costs, and income documentation. Having requirements that are less strict will allow more underwater homeowners a chance to avail of HARP refinancing, and giving them the chance to move up from their rocky financial situations.