When Are CD Rates Coming Back Up? Part 2

Read Part 1 To “When Are CD Rates Coming Back Up?“ 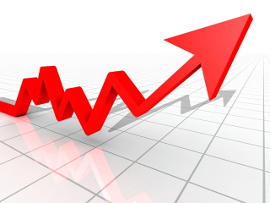 You can use this truth to gain an advantage though, even in this economy. Banks that are doing more lending need more funds from customers, as there are minimums that banks must maintain in order to borrow from the Federal Reserve, or from other banks. These healthy banks will often offer some of the highest interest rates in order to attract more deposits. Banks really make their money on lending anyway, so it’s in the best interest of these banks to offer attractive rates.

Another way to find higher rates is to look for banks that are in trouble. You can often find the highest CD rates at these banks as they are desperate to bring in more deposits in order to hedge up their losses on loans that have gone bad. Please note that I do not advocate this method. I would rather earn a lower rate and know that my money is safe and secure. However, if you know that your funds are FDIC insured and you are okay with the possibility of having to claim your funds through the FDIC in case of a possible bank failure, go for it. Like I said, you can get some of the best rates from these banks. Be aware that FDIC insurance only guarantees the principal of a CD, not the interest earned. However, if another bank buys your failed bank, you should still get all the interest you’re entitled to.