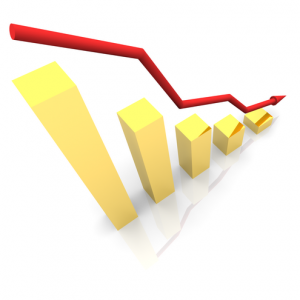 Mortgage rates are continuing to go down down down.

According to the Primary Mortgage Market Survey from Freddie Mac mortgage rates have dropped again.

Rates have been steadily dropping for months.  There have been a few times rates looked like they were going to head back up, like in mid September, but inevitably they reverse course and continue downward.  At this rate it is only a matter of time before we see the 30 year fix rate drop below 4%.

You can never tell with 100% certainty what interest rates are going to do as we near the close of 2010.  There is a huge event happening in November that could have some effects on the economy and possibly affect the rates.

That event is the mid term elections.  As it looks right now there is a possibility of a change of power in the house and/or senate.  A large change of power could effect consumer confidence for the positive or negative and have a huge effect on the economy.  We could see this trickle down into mortgage rates as 2010 ends and 2011 begins.

What we know right now is that rates are extremely low and if you have an opportunity to refinance or purchase a home it is a great time to do so.

Did you know you can refinance an upside down mortgage?