Forgive Student Loans: A Way To Improve The Economy? 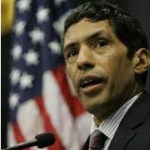 With the economy at a slump, the government is continually trying to figure out ways to improve the situation. 2 years ago, a man called Robert Applebaum has come up with an innovative idea that has since then been gaining popularity. His idea is this: forgive student loans. This idea is stemmed on the notion that student loans are one of the heaviest factors that can cut on a employee’s budget. If these loans were eliminated, then the average Joe would have more to spend, thus helping to improve the condition of the economy altogether.

Applebaum’s idea can be found in MoveOn.org which is currently hosting a petition to eliminate student debt, with the goal that once the petition reaches 30,000 signatures, it will then be forwarded to President Obama and the Congress. As of September 15th, the petition has already reached 27,629 signatures.

Apparently, Applebaum isn’t alone with his belief. Aside from the 27,000 people who signed the petition, Congressman Hansen Clarke has also adopted the idea by the formulation of the bill H. RES. 365. This bill endeavors to eliminate personal finance burdens of Americans by not only forgiving student loans, but as well as mortgages and other forms of personal loans. According to Representative Clarke, “We need to cut, cap, and forgive student loan debt,that is the true debt that is burdening American families. We cut student loan debt we’ll have a freer more prosperous country.” Loan forgiveness however is limited to loans which were disbursed within a certain time frame.

The Student Loan Forgiveness action has been considered to be idealistic by some and may be an unlikely way to stimulate the economy. However, if you personally believe and support this idea, you may choose to let your voice be heard by signing the petition in MoveOn.org or in SignOn.org. Who knows, President Obama just might take out that pen.