How do the Election and Ecomony effect each other? 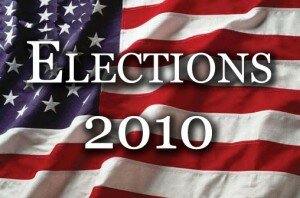 I love America! Our freedom to choose and speak our mind with our vote is powerful.

There is no doubt that that the economy has a huge effect on election results.  In 2008 and now in 2010 candidates are using the economy as a main running plat form.  Historically speaking when the economy is in shambles the party in power typically has a difficult time retaining that power.  If we take a look back at 2008 we saw the republicans get it handed to them.  They were the previous party of power and the economy was on a downward spiral.

Now in 2010, with the economy continuing that downward spiral deeper and deeper the democrats are facing a very similar situation.  According to the Rasmussen Reports the GOP is looking like they may regain some lost senate and house seats from 2008.

But since we are not a political blog, but a financial blog let’s quit discussing the politics of the economy effecting the elections, and take a look at how the elections affect the economy.

Elections can be a rough time for an economy, or perhaps a put on the breaks time.

There is a lot of uncertainty surrounding elections and financial markets never quite know how to react.  Let’s take a look at a few factors that cause this to happen.

If there is a change in power you can bet the economy will have some rumbling and shaking in the near future, for the better or worse is yet to be seen.

What is important is that you get out and let your voice be heard.   Election Day is tomorrow and BankAim encourages you to remember to get out and vote.