10 Must Have Habits of Millionaires 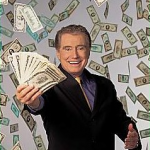 Do you want to be a millionaire so freakin’ bad? Well, you just might be able to do it. Turns out, most millionaires have the same habits. And probably if you make these habits yours too, you just may end up as one. Here are the 10 Millionaire Habits seemingly ordinary people have taken, to become the millionaires they are today.

1. Millionaires Think Big – People don’t become millionaires with small thinking. Most millionaires started out with nothing but a dream. At times, people would think they were crazy, or that they were aiming too high. In the end, those who think big are the only ones who can do big things. After all, everything starts with your thoughts.

4. Millionaires Give Back – Most millionaires are generous. They love giving back to charities, institutions, and people who deserve financial aid. This is because many of them believe that there is enough money to go around for everyone, so they have absolutely no problem in sharing.

5. Millionaires Network – They say a person’s net worth is based on the person’s network. Millionaires are well aware of that. They also know that the path to success is not done alone. That is why they endeavor to meet new people everyday, gain new connections, and keep the ones they’ve had a long time ago. They use their network to bring themselves up, but also bringing those same people up with them.

6. Millionaires Have Focus - Millionaires are some of the most focused people on the planet. They know what they want, and they do that just one thing all day, every day, until they achieve success in it. Once they’ve stabilized one area, that’s the only time they move on to another. They know that focus can bring better and faster results.

7.Millionaires Are Leaders - Millionaires are leaders. They have the ability to bring people together towards their vision, making their goals a reality. Their leadership allows them to build companies, institutions, and teams that are excellent like they are, allowing them to achieve bigger results.

8. Millionaires Have A Thirst for Knowledge – Millionaires never stop learning. They are always ready to take in the newest information, and they are never too arrogant to believe that they know everything. Knowledge and a curiosity for things help them improve their craft, making them more likely to succeed.

9. Millionaires Are Not Afraid of Failure – Millionaires are never afraid to fail. And when they do, they just get right on back and do it again until they succeed.

10. Millionaires Persevere - And finally, millionaires persevere. Whatever the obstacles, whatever the challenge, millionaires are so focused on their goals that they do everything in their power to make it happen. For them, no is not an option, and when doors close, windows open. And when they do, they take that opportunity and make it big.

Habits are not made overnight. They have to be practiced everyday, done everyday, for it to be inculcated in our minds and hearts. If we want to be millionaires, we have to take these habits and make them our own. Start with one until you master it, sooner or later, you’ll find yourself a millionaire.