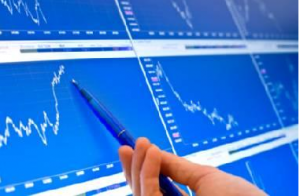 Mortgage rates have continued to fall since August and September, and the world is left wondering when the economy will pick up again. With the start of a new month, it seems that the economy is in a position to fight back. Although analysts are not united in their view that mortgage rates will go up this week, majority of them believe it is time for the rates to go up. Views are divided into three, 40% of analysts say that mortgage rates will go up, 27% say that it will continue to go down, while 33% say that the rates will remain the same. Below are the discussions for each view.

There are different reasons why analysts predict that rates are bound to go up this week. First of all, Europe and Greece are dominating the markets and the European debt and market crisis is showing signs of positive movement. Since investors are currently focused on Europe, their growth is dictating the market. Another thing is the Mortgage Bankers Association index revealed a 9.3 percent growth as many borrowers refinanced due to the past week’s rates decrease. Rates are predicted to go up by 0.125%. However, these same analysts also say that although they predict rates will go up, the bounce will be small and the improvement in Europe will not be permanent, meaning the rates will eventually go down again but just not this week.

Analysts that support the notion that rates are going down are giving the reason that the European situation is not stable and that investors are bound to realize that. With the volatility of the market, the slight increase of rates last week is considered to be a “false hope”, and that rates will continue to dip.

Last week was a show of volatility and despite the spikes and lows, we are back to where we once were. Changes in rates are in such narrow ranges that any upward or downward movement are bound to neutralize one another. One analyst says that the only way for the market to improve is to offer more jobs to the American people. No matter how profitable banks will be or how much cash they have, until the job market shows some signs of growth, rates will not go up.

Last week’s prediction went in favor to those who bet that rates will go up. This is only 14%, as compared to the 70% who believed that rates will go down. In the end, no one can really predict the market and the wise investors will probably just stick to their original plan, not being swayed by news of volatility.