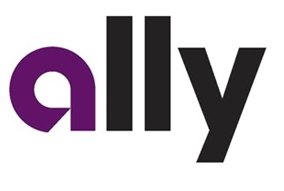 Ally Bank is one of the most popular banks in the country. It is also well known for its various promotional certificates of deposit such as as the Raise your Rates CD, and the No Penalty CD. But how exactly does Ally Bank fare when it comes to comparing its CD rates to other institutions in the country? Here is a comprehensive CD rates review of Ally Bank.

Ally Bank’s 3 month CD is currently offering an APY of 0.43%. Although a higher rate can be obtained with OneWest Bank at 0.60%, Ally’s rates are surely competitive, coming at a close fourth among the highest.

Ally Bank is giving away their 6 month CD at a rate of 0.84% APY. The top contender for the 6 month CD is currently Giantbank.com at 1.00% APY. Again, Ally Bank is among the highest in this CD category.

Ally’s 1 year CD is currently at a 1.09% rate, which is fairly near to Doral Bank’s 1.15% leading rate. Ally Bank is also far more credible than Doral Bank when it comes to years of experience.

Again, Doral Bank tops the charts with a high 1.60% APY on a 3 year CD. This rate still isn’t that far from what Ally Bank is offering at 1.53%. This rate is also much higher than the national average of only 0.72% APY.

First Internet Bank of Indiana is holding the highest rate at 2.20%. This is followed by Discover Bank, Bank of Internet USA, and Aurora Bank. Ally Bank comes fifth at a rate of 2.03%, which is still considerably high as compared to the national average of 1.22%.

Ally Bank is also offering a 2 year and 4 year CD but in their Raise the Rate category where consumers will be allowed to increase their locked in interest rate. Given these figures, it can be seen that although Ally Bank does not offer the highest CD rates in the country, their rates remain consistently among the highest offered by the nation. Ally Bank has been in service for over 90 years, making it one of the most stable banks in the country. It also offers online banking services, making it easy for anyone across America to sign up.