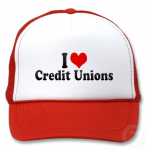 Because of economic instability, investors are looking for safer places to park their money so as not to lose their capital. CD rates are quite low, but despite this, it is still considered to be very safe which is why investors are searching for the highest CD rates available.

Although some banks offer competitive rates, the highest CD rates as of the past month comes from credit unions. Unfortunately, some credit unions are limited in membership due to several factors such as geographical location, community, and occupation. However, there are some credit unions that are what they call “open to all”.

1. Self Help Credit Union – Membership for this credit union is open for all those who join the Center for Community Self Help or CCSH. To become a member, all you have to do is pay a one-time fee of $20. An additional $5 is also needed to maintain an account. For a total of only $25 you can already open an account and enjoy the rates of SHCU.

2. America’s Credit Union - Although this credit union’s membership is for the Armed forces, civilian personnel and relatives of members, a person can also qualify for membership by simply joining the Association of the United States Army or AUSA. Only a one-time fee of $33 is required.

3. America’s Christian Credit Union – Although the membership for this credit union is limited to a certain belief, many American’s are Christians. Membership is automatic upon signing a document that represents your statement of faith or service.

4. Patelco Credit Union – In order to join this credit union, you have to become a member of the California Association for Older Americans. This CU however is not insured by the NCUA which is the counterpart of FDIC for banks. It is however, privately insured.

There are more open to all credit unions out there. Just be sure to ask and don’t immediately believe if they say credit unions are not for the general public.