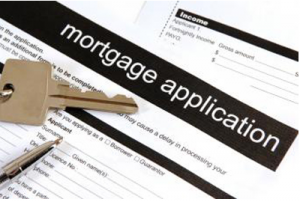 Since last August, America has yet again fallen into another economic slump. It somehow seems all too soon with the 2008 recession still fresh on our minds, but with the ongoing debt issue in Greece and the instability of the European market, it seems rumors about another recession may not be too far from the mark. One consequence of a bad economy is of course, a poor housing market. This results in lowered mortgage rates, making today the perfect opportunity for home buyers and refinancers to take on a new mortgage. And if that isn’t enough, large banks are now slashing fees on closing costs, making the acquisition of a new home more affordable than ever.

Recently, Capital One Bank waived some of their closing fees for refinancers, resulting in a whopping savings of $3,300 on the average. Bank of America and Citibank also placed a discount on their fees by as much as 0.75 percentage points. Mortgage rates are also hitting record lows week after week. Just a few days ago the benchmark 30-year fixed rate mortgage fell to 4.18 percent, this is one of the lowest rates that the nation has ever seen for the past 50 years. However, despite these ridiculously low rates and tempting offers, bankers remain puzzled by the lack of mortgage applications. The question now is, why aren’t mortgage applications coming in by the bulk?

There are several reasons why mortgage applicants are keeping their feet off the water. First of all, potential borrowers are still wary of the economy’s current standing. Although the problem lies mainly in Europe, this still holds a negative impact on the US stock markets. Potential homeowners are also aware of the poor resale values their new homes might have. Since the peak of the housing boom in 2007, homes have lost nearly a third of their value. This instability in housing prices have borrowers wondering if they will be paying too much for their home in the long run.

The second reason why mortgage applications haven’t risen as expected is clearly because of unemployment status. No matter how low mortgage rates are and how juicy bank promotions will be, the bottom line is that many potential homeowners just can’t afford to get a new mortgage. America’s unemployment rate is currently at 9.1% last September, when supposedly the average since 1948 is only at a low 5.7%. This means roughly 14 million Americans without a job. Aside from that, private payrolls rose to only 100,000 jobs per month which is half of the rate posted earlier this year.

And finally, the irony of it all lies in the qualifications that banks are setting. Apparently the incentives that banks are offering come with a catch. For those who wish to avail of Bank of America’s offer, borrowers must at least have $50,000 in savings. Other banks are also looking to give their low mortgage rates to those who have near perfect credit scores.

With all these setbacks that are causing a halt on mortgage application, it is interesting to note that there are some consumers who are simply waiting out for an even lower rate to come their way. It has also been reported that some banks are not yet releasing the lowest rates they’ve got simply so they wouldn’t be overwhelmed by the number of loan applications.

Apparently there are a number of reasons why loan applications haven’t risen as expected. It now is a question of which among these reasons is the most prevalent. What about you? What’s keeping you from getting that new mortgage?