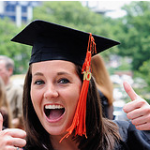 July 1 will probably be the happiest day for both college graduates and parents. For all those who are eligible, federal student loans will be changing their interest rates, and dropping it to an all time low.

Now is the time for student loan consolidation because former students who are in the process of repaying their variable rate federal loans will be able to get a low rate of 2.50%. Aside from that, the interest rates for graduates in the grace period is 2.00%. Parents who have also taken PLUS loans are allowed to consolidate at only 3.38%

These rates are new, and these rates are low. But of course there will be some limitations. Students who have already consolidated their loans will not be able to do so again at this lower rate. These rates are only valid for loans that were taken before July 1, 2006. And finally, borrowers who are still in school do not qualify for the consolidation.

Aside from these low new rates, the federal government is even adding more reasons for students to breathe a sigh of relief.

Income-based repayment - When a graduate is not earning enough to cover monthly payments, he can apply for an income based repayment. In this case, the lender can lengthen the loan term plus lower the payments to only 15% of your income.

Student loan forgiveness - This will probably be the best incentive yet. Students who work for the government or for non-profit companies will be able to qualify for student loan pardon. After 120 payments (which amounts to ten years), the government will eliminate any loan balance.

These new developments could just be the savings grace of students whose loans are too heavy to bear. It’s a refreshing thing to see the government actively taking part in releasing the burden of student loans, and making the load lighter for the new workforce.