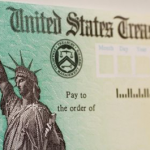 With the instability of the US economy, investors are generally taking their money out of the stock market and into safer investment vehicles up until the economy recovers. Generally, investors turn to avenues such as cash, gold or government bonds for safety. Since stocks are volatile and can fluctuate wildly, bonds are the safer bet. Bonds offer stable and fixed interest payments and a guarantee of return of principal. With this definition, US Bonds are the ultimate safe haven for money.

Lately however, Standard & Poor has decided to downgrade America’s debt rating from AAA to AA+. This makes investors think twice about safety. Right now, treasury bonds pay very little, in fact treasury bonds that mature in one month are giving off a low annual rate of .02%. 5-year CD’s are also experiencing lows at 0.93%, and 10-year CD’s are giving out only 2.17%. These rates although a tad higher than regular savings account, are certainly very low compared to Certificates of Deposits offered today.

The rating given by Standard & Poor is the general indicator of the confidence that investors will be paid their money’s due. The downgrading of the rating is definitely serving as a warning and an implication that there could be something wrong. However, another credit rating from Moody & Fitch have not changed their rating for the U.S. government. What’s more, the market has generally shrugged off the downgrading by Standard & Poor. It’s as if investors see the downgrade, but yet go ahead and purchase more of the asset.

Whatever the sentiment of the market, it’s obvious that some certificates of deposit give higher rates than treasury bonds themselves. This makes it a better contender as a place to park money while the economy recovers. Some of the best CD rates are being offered not by banks but by credit unions such as Melrose and Connexus.