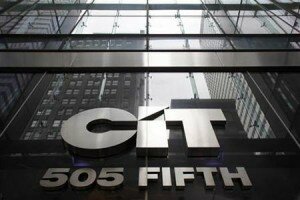 This past weekend CIT Group filed for Chapter 11 Bankruptcy in New York’s bankruptcy court as apart of a “restructuring plan” for the company. With $71 billion in assets, CIT Groups bankruptcy makes it the 5th largest bankruptcy in the history of the USA.

CIT has assured its small and middle market customers that this restructuring plan will not affect its operating subsidiaries. The bankruptcy is structured to have minimal effects on small business’s that use CIT Groups services (thus reducing the effect on the already tattered US economy). The larger effect will be on the companies unable to find other lenders to take on their debt, being as CIT group was one of the largest providers of loans for small and middle sized business’.

Many retail stores across the US use CIT to borrow money needed to keep shelves stocked full of merchandise. If CIT is unable to continue lending to such companies, and these companies are unable to find that credit somewhere else, we could see a dramatic effect on retail stores as we head into the holiday season.

A recent Yahoo article stated that CIT’s filing will wipe out current holders of its common and preferred stock. The US government (ie the tax payer), which gave the struggling company $2.3 billion from the federal Troubled Asset Relief Program (TARP) last year, is likely to lose that money. This loss of money makes it the first complete loss of funds from federal bailout programs.