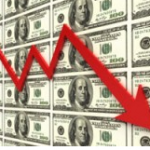 If home mortgages are going up, CD rates are going down. Although the average one year CD remains the same at 0.44 percent, the five year CD yield is down to 1.61 percent which is 2 basis points from last week.

For the jumbo CD rates, the average one year CD stays the same at 0.48 percent but the five year jumbo CD rates is down 3 points to 1.62 percent.

Apparently, it’s the 5 year CD’s that are dipping low this week while 1 year Cd’s are still remaining at their rate from last week.

Following closely is E-loan at 1.26% APY, but their minimum deposit is much higher at $10,000. Sallie Mae, Aurora Bank, Discover Bank, and Colorado Federal Savings Bank all follow suit at 1.20% APY. The best deal among them is Sallie Mae with $0 minimum deposit.

It looks like the big banks are competing well in the 5-year jumbo CD. Of course, the minimum deposit for every bank $100,000.

With 5 year CD rates down this week, investors may be considering placing their money in shorter term CD’s instead. However, short term CD’s do always have a lower interest rate, so even if long term CD’s aren’t performing well this week, their rates are still higher than the short terms.