5 Surefire Ways NOT to have Money 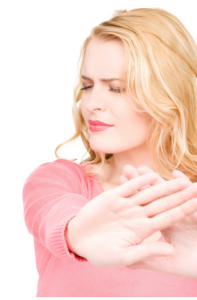 You must be rubbing your eyes right now and wondering if you’ve read the title right. 5 surefire ways NOT to have money? Who would want that? Would it surprise you if I said that this person could be YOU. That’s right, unconsciously many of us engage in behavior that totally repel money instead of attracting it. Find out how you manage NOT to have money, and what you can do to change it:

1. Settling for less – First, think about the amount of money you would like to have every month. And not just the amount you’ll be able to live with, but an amount that would make you gasp with amazement, sing with joy, and dance with jubilation. I’m sure your basic salary doesn’t even come close to that amount. Now let’s say by some miracle, you receive half of that amount. I’m sure you’d be happy. Then the next month it’s only a quarter of the amount, then an eighth, then a sixteenth…. until you find yourself back to the same amount you’ve had before. What does this say about us? It means we’re all too content to settle for less, not knowing that we end up right where we once were.

The Cure: Don’t settle for less! If you have a financial goal, make sure to achieve it. If you missed the mark at first, persist until you get it.

2. Believing the rich are “evil” – Money is evil. How many times have you heard this before? And do you believe it? Chances are if you think money is evil, money won’t come to you at all! After all, you wouldn’t want to be evil would you? The thing is, money isn’t evil. It’s what you do with it. If you use it for charity and good works, that would hardly be evil would it?

The Cure: Think that money is good. It’s just in the way you use it.

3. Sour graping – “Oh, I don’t need that kind of money anyway.” Sometimes, a good money making opportunity passes us by and this is our response.

The Cure: Instead of sour graping, turn the situation into something positive such as, “I will get it next time!”

The Cure: Instead of saying those debilitating words why not say, “I choose not to buy it yet”, and this isn’t lying because you know you have other priorities as of the moment.

Try to assess yourself if you’re guilty of these money repelling thoughts and habits. Notice how much it’s embedded in your thoughts and behavior and be conscious in taking the steps to change. Sooner or later, you’ll attract more money than you ever did.