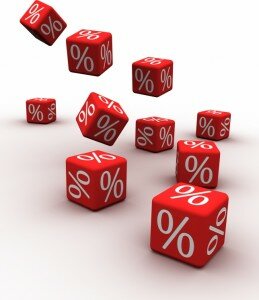 As you well know mortgage rates have been extremely low for quite some time now.

Our nation has not seen mortgage rates hit these lows for decades.  And even when we think they could not get any lower mortgage rates continue to hit record lows.

This has caused as many people that can do so to refinance their home in order to save money.  The problem therein lies in the fact that these rates are a product of the week economy, an economy which was set into a landslide when the housing bubble burst into pieces within the last 2 years.

Unfortunately many people that really need to refinance their homes cannot because they do not have enough equity to meet the LTV (loan to value) requirements for a mortgage. (Learn More About Mortgages Here)

Quite a pickle… right?  Right.

On the other side of the mortgage coin people that are looking to purchase a home are in a screaming good position.  Housing prices are low, mortgage rates are through the floor and there plenty of houses on the market.

In these economically difficult times low mortgage rates have been a life line for many home buyers and home owners.

But are the low mortgage rates going to end?

Here are 2 Large Factors to watch for to help determine if and/or when mortgage rates may head back up the mountain.

How does the Economy Affect Rates?

Short term loans like credit cards and auto loans are directly affected by the Feds lower or raising of the prime interest rate. The Federal Reserve will move short term rates up or down in an effort to maintain the stability of the nation’s financial system. Economic ups and downs often spur the Feds to take action considering the financial system and mortgage rates.  These changes only directly affect short term loans, but indirectly effect long term loans like mortgages.  The Prime rate is an indicator of the strength of the economy.  Although not always the case, mortgage rates do often follow the prime rate either up or down.

Therefore if there is an economic up term in 2011 we may see the prime rate increase, which will be a sign of a bettering economy and mortgage rates may be soon to follow.

Then again we may not see a strengthening economy for some time, so these rates may be a little while longer.