What You Should Know About Adjustable Rate Mortgages 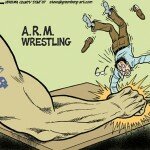 Dying to move out of your apartment and into your first home? Getting a home loan can help you achieve your dream. However, when purchasing a house, it’s important to know about the ins and outs of the mortgage you’re planning to get.

One important factor that must be considered is the interest rate on the mortgage. Banks and mortgage companies usually have different payment schemes to entice buyers into getting a loan. Some of these loans might be structured in such a way where borrowers will pay only a little in the beginning, but will be obligated to pay more in the end. One such loan is the adjustable rate mortgage.

Adjustable rate mortgages or ARM’s are common in different banks and financial groups. This type of mortgage has interest rates that are based on an economic index. Common indexes are one, three or five-year Treasury securities. Aside from the index, the mortgage is also subject to the lender’s margin or markup. Lenders will place an additional amount to the index to profit from the loan that you’re getting.

An ARM has an adjustment period between potential interest rate adjustments. This period can differ in various ARM’s. You might notice ARMs being described as 1-1, 3-1, or 5-1. The first figure represents the period where your interest rate will stay the same as the first you got the loan. The second number represents how often an adjustment will be made after the initial period has ended. In the examples given, the second number means that rates will adjust annually.

Buyers who are not familiar with how an ARM works can be attracted by the initial rate of the mortgage which may seem very low compared to fixed rate mortgages. However, what they don’t know is that some indexes can be very volatile, resulting in frequent changes in interest rates after the adjustment period. This can subject buyers to having to pay higher interest rates than they are used to, getting them in a financial fix when it’s time to pay up.
Although ARM’s are not very advisable to the usual home owner, it does have its uses. ARMs are a good option for those who are planning to sell their home within the first few years. This could also be an option for those who are expecting an increase in salary or income in the near future. Real estate dealers who sell houses within months can also benefit from this type of loan.

If you’re determined to get an ARM, it’s important to check three things. The first is the index. Look for an index that has remained fairly stable in the past five years. This will give you an idea of what range your future interest rates will be. Second, check how much the margin is. Third, look for a lender that has excellent customer service and request for a full disclosure on the terms of the ARM. It’s always best to be informed before signing that contract.

Remember that although ARM’s might have juicy initial rates, these rates can (and will) go up as time passes. Get an ARM only if you’re certain that you can pay up on future rates.