Should Retirement Savers Keep Their Money in Equity? 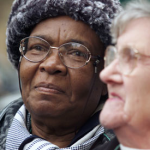 The market crash and economic crisis last 2008 was one of the most shocking things that could happen to retirement savers. It was when the value of their stocks dipped so low, many knees shook in fear. However, those who didn’t even bat an eyelash during the recession actually turned out to be winners, as statistics would show.

For the 401(k) investors who kept their equity and even continued to contribute despite the free fall last 2008, their average account balance grew by a staggering 64% from the period of October 2008 to June 2011. However, for those savers who decided to play it safe and withdraw their money between the periods of October 2008 and March 2009, and stayed out of equities through June 2011, grew their money only by a measly 2%.

For those who withdrew their money then jumped right back, experienced a growth of about 25%. All these values were taken from a study made by Fidelity Investments. They also concluded that people are in an all or nothing mindset when it comes to saving for their retirement. It’s either they join the ride for better or worse, or quit the game entirely.

So what do these statistics teach us? Well, we all know how the economy has been in a fluctuating stage lately and that stocks are going down again. The question is, should retirement savers let uncertainty grip them and push them to withdraw funds out of fear? Or should they hold on tight and wait for the waves to rise up again? As they always say, history repeats itself. This study should be enough of a guide for those looking for the right decision.